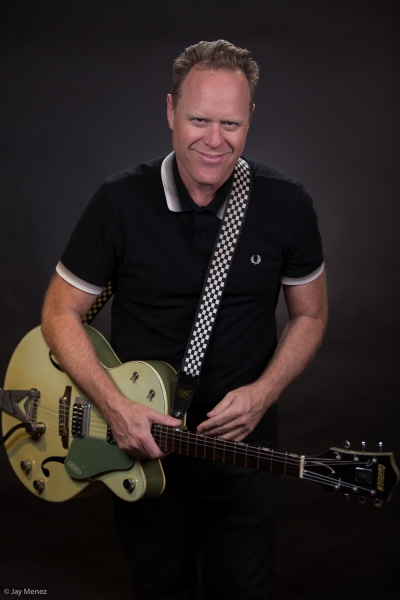 Music has taken native Southern California guitarist, Philip Gough, on many journeys since he graduated Musicians Institute. His eclectic style and ability to write and record music in all genres has been keeping him very busy.

In addition to Phil’s many talents, he is also accredited with writing the opening theme to “Gene Simmons’ Family Jewels”. Phil has also been the music composer on several television shows and has scored films, including “Face the Music”.

His live television credits include performing “I Want Candy with “Bow Wow Wow” on the Jimmy Kimmel show and also “The Tonight Show With Jay Leno” with international recording artist “K’Naan” performing his hit, “Waving Flag”.

Phil recently toured England, Scotland Australia, New Zealand and most of North America with 2-tone legend, “Dave Wakeling and The English Beat”. Phil also has been a member of “Bow Wow Wow” and recorded and toured France with French pop star, “David Hallyday”.